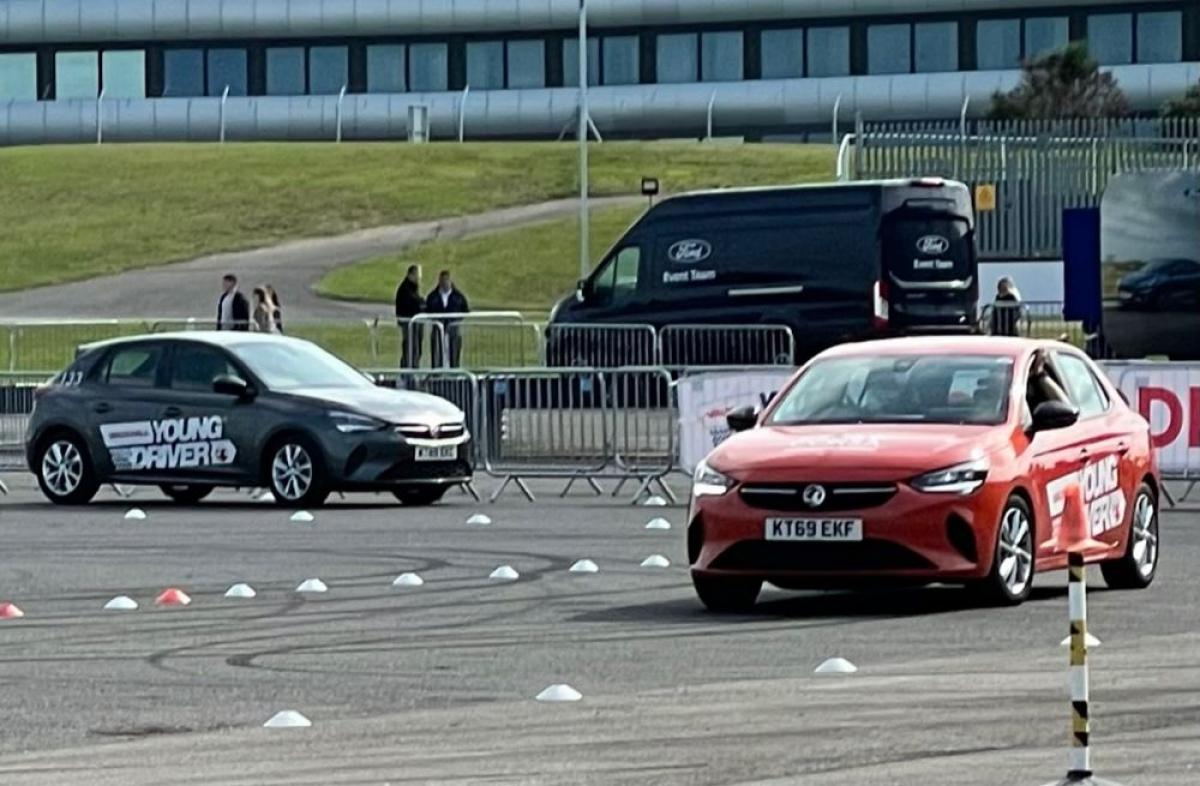 Whether in an old banger or a new car, it is always a very big step and the start of a new era for young people. Driving offers that little bit of independence as well as the freedom to explore the open road.

But thanks to Young Driver, some kids don’t have to wait until the age of 17. Instead, they can book a lesson with a qualified driving instructor and start learning the basics from an early age.

Indeed, from the age of 10, children, provided they meet the safety height requirement of 1.42 meters, can learn to drive with particular emphasis on safety.

Young Driver is the UK’s largest under-17 driving school, offering courses across the country at 70 different locations. They are located on private land, so kids are never on the public road, but there are realistic road marking systems with maneuver areas, as well as an observation area for the proud parents to watch and take photos.

We met a team of Young Driver at this year’s British Motor Show, where virtually all of the slots had been pre-booked prior to the event. This meant 72 lessons per day in all four cars for the duration of the four day show.

Lance Peake, Team Leader for Young Driver at the Farnborough Show, said: “The driving instructors are all self-employed and we now have over 500 instructors working with Young Driver as a freelance. It’s been about 10 years now and next month we’ll be giving our millionth lesson at one of the courses.

“We teach the basics of driving, always focusing on safety. Thus, we teach them respect for the car and respect for other drivers around them.

“We are able to introduce the same element that we would do on the road, but in a completely safe environment, so there is no coaching on skidding or whatever, but rather on varying braking distances. “

Right now, Young Driver is teaming up with Vauxhall to give youngsters their first lesson behind the wheel of a dual-control Corsa, recognized as one of the easiest cars to learn to drive.

But if you feel like deviating from the norm, the company even offers alternative experiences like driving a fire truck, classic cars like a Morris Minor or a Bentley, as well as driving opportunities for kids. disabled.

Lance explained, “The fire truck is a great example of teaching young drivers the dangers of blind spots and handling.

“We try to work with everyone who needs us. In fact, kids between the ages of five and ten can drive one of our fully electric Firefly cars which behaves like a real car.

And the instructors also worked with people with physical disabilities so that they could benefit from the driving experience and also opened the door for blind children and youth with Down syndrome. This means that the pleasure of driving is not only exclusive pleasure, but can be shared by everyone.

It also brings a lot of comfort to worried parents. According to official Young Driver figures, 20% of newly qualified drivers will have some sort of accident within six months of passing their exam, which is a worrying statistic. But for those who have taken Young Driver courses, the accident rate drops to 10%. Still high, but a 50 percent reduction in incidents.

These statistics support Swedish research which shows that the number of accidents drops when drivers take lessons at an early age.

We managed to have a quick chat with a very excited 14 year old Harrison Franklin from Woking right after his lesson at the British Motor Show arena.

He said: I really enjoyed it and learned about acceleration, braking, clutching and gears.

“My instructor said I had done really well and would definitely have driving lessons when I get old enough.”

There are places all over the UK where lessons can be booked. They cost £ 39.99 for 30 minutes or £ 74.99 for a full hour. Visit www.youngdriver.com for details.