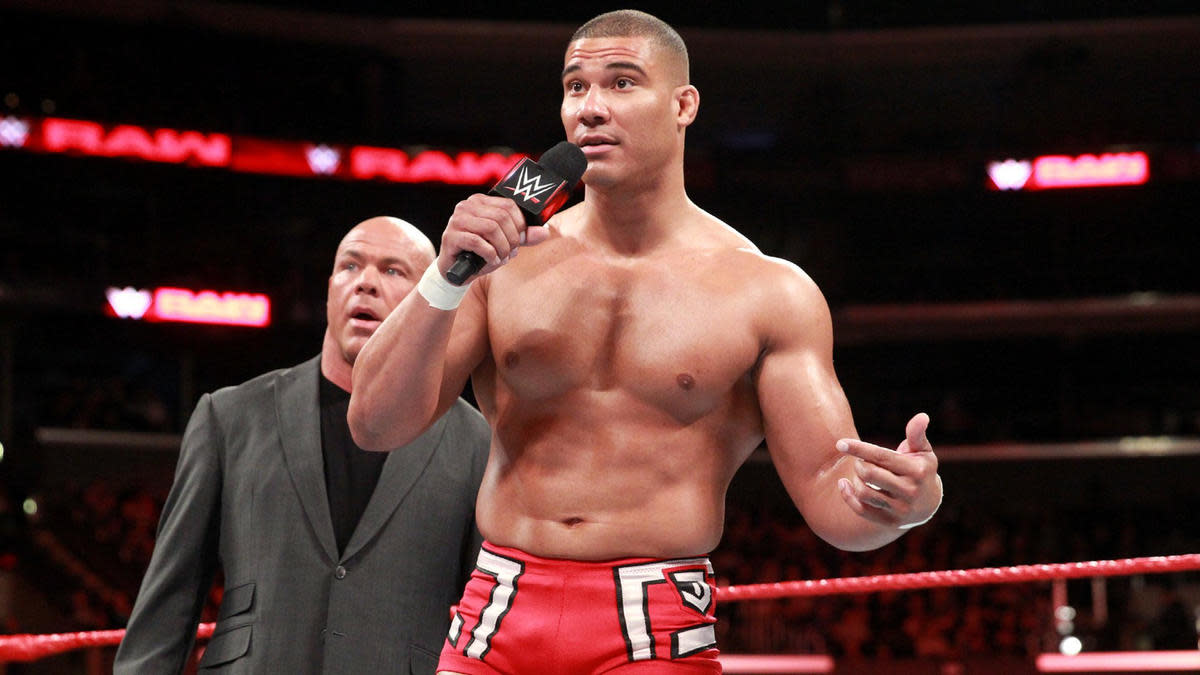 In Kurt Angle’s latest podcast on AdFreeShows.com, Angle covered the career of Jason Jordan, who now works as a backstage producer in WWE.

Angle spoke about the injury Jordan suffered that ended his in-ring career:

“What happens is your vertebrae, you have discs between each vertebra, and when you injure your neck, the disc slips. What happens is it slides sideways, so it protrudes vertebrae, and you have nerves coming out of the vertebrae, and those are blocked by the disc. Then you can’t feel your arm and you don’t have motor skills with one arm or both arms, depending on whether “they slide both ways. So usually it’s just one way, and you can’t feel an arm and you can’t use an arm. That’s what Jason was having trouble with. His disc has slipped and blocked the nerves in his arm.

On what he heard about Jordan as a producer:

“He’s done a fantastic job as a producer. He’s found his calling. Don’t get me wrong, he would have been a great professional wrestler, a WWE superstar. But his calling is definitely producing. He’s really good at this domain.”

Kurt said Jordan is still struggling with his injury to this day:

“He has issues to this day. His motor skills, his hands, are on and off all the time. He just can’t ever be right. I don’t know why that’s happening with him, because with me at least, I was sometimes relieved. With him, he was never relieved. He has really struggled with it for years.

If you use any part of the quotations from this article, please credit AdFreeShows.com with ah/t at WrestlingNews.co for the transcription. AdFreeShows.com includes ad-free versions of Conrad Thompson’s podcasts including ARN, What Happened When, Grilling JR, Something To Wrestle, 83 Weeks, Gentleman Villain, Foley Is Pod, Oh You Didn’t Know, The Extreme Life of Matt Hardy, The Kurt Angle Show, DDP Snake Pit, My World With Jeff Jarrett, Kliq This: The Kevin Nash Podcast and more. Members can also get exclusive products, bonus content and more.