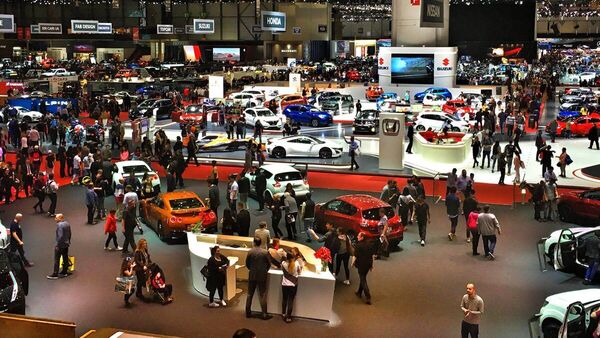 The Geneva International Motor Show, one of the oldest in the world, was moved earlier from its traditional location in Switzerland to Qatar from this year.

Earlier, the iconic Geneva International Motor Show, one of the oldest in the world, was moved from its traditional venue in Switzerland to Doha in Qatar starting this year. However, the event which was to be held from February 19-27 this year, was again canceled due to concerns over the Covid-19 situation. The event was to take place at the Doha Exhibition & Convention Center (DECC).

The Geneva International Motor Show has not been able to take place for the past three years due to the Covid-19 pandemic. It all started in 2020, when the Geneva Motor Show was canceled for the first time since World War II. Efforts to maintain it in 2021 and this year have also failed as the crisis continues. This forced the organizers to postpone the 91st edition until next year.

The iconic annual motoring event, which will now be known as the Qatar Geneva International Motor Show, will be held in an all-new format. The Geneva International Motor Show is an annual motor carnival over a hundred years old first held in 1905. The auto show has been graced with the debuts of some of the most iconic over the years, such as the Ferrari 250 California Spider, Porsche 904, Lamborghini Diablo and Jaguar E-Type.

The Geneva International Motor Show is not the only event of this type to be canceled due to the Covid-19 situation. Recently, the resurgence of Covid-19 cases in China forced the organizers of the Beijing Auto Show to be postponed indefinitely. The 2022 Beijing Auto Show was scheduled to be held from April 21 to 30. Another popular auto event, the Detroit Auto Show, is set to return after a two-year hiatus in September. India’s own Auto Expo is also set to return next year between January 13-18 at the India Expo Mart in Greater Noida after this year’s edition was cancelled.