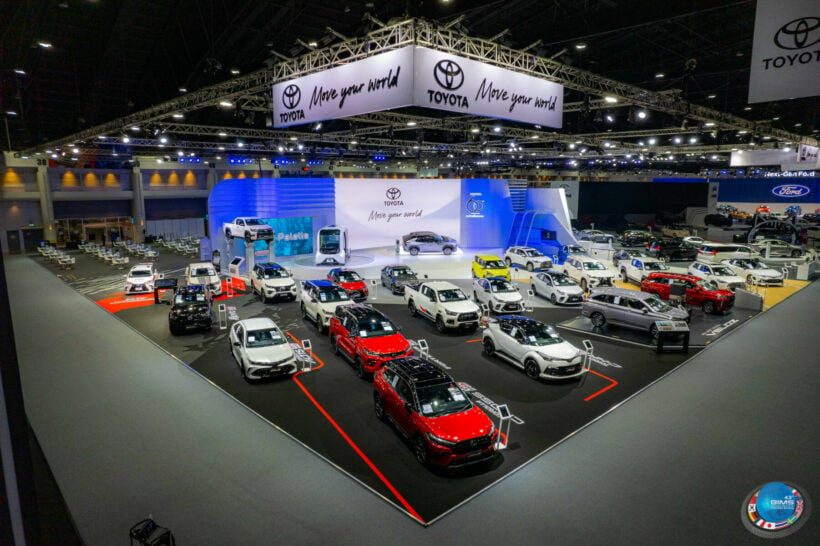 Gas-powered cars are still in vogue, but electric vehicles, or EVs, are on the rise. That’s the tally of this year’s Bangkok International Motor Show, which saw sales of some 34,000 vehicles, an increase of almost 14% over last year. The 43rd edition of the popular motor show took place over a two-week period at Impact Muang Thong Thani in Bangkok and ended on Sunday.

Traditional gas-powered vehicles take the lion’s share of sales, while electric cars, or EVS, steal the show among car enthusiasts. Electric vehicle reservations rose 10% to more than 2,000 vehicles, with SAIC Motor and MG taking the most orders, followed by Great Wall Motor, or GWM. A total of 1,500 sales were made between MG and GWM.

Toyota was the clear winner with over 5,000 sales, followed by Honda (3,000), Mazda (2,900), Isuzu (2,600) and Mitsubishi (2,500). Car sales have increased despite the ongoing pandemic, in part thanks to effective marketing campaigns and government-backed promotion of electric vehicles, according to Jaturont Komolmis, vice president of the auto show and managing director of International Grand Prix. But he pointed out that gas-powered vehicles still prevailed…

Currently, the government is proposing a special program for the next two years, including tax cuts and subsidies ranging from 70,000 to 150,000 baht. The aim is to promote the use and manufacture of electric vehicles in Thailand. As a result, EV bookings also saw a 10% increase to a total of 2,040 units at the motor show, which was held from March 23 to April 3 in Bangkok under strict Covid-19 protocols. 19. Over a million people attended this year’s show.

SAIC Motor-CP and MG Sales (Thailand), which manufactures and distributes MG cars in the country, received the most orders, the Bangkok Post reported. Third in the standings is Chinese automaker GWM, which produces electric vehicles and funky sport utility hybrids, some reminiscent of classic cars, like the VW Beetle and MINI Cooper (along with the Good Cat model which is all-electric). The show’s most popular EV models were GWM’s Ora Good Cat and MG’s MG EP and MG ZS EV, which totaled 1,520 orders. Notably, MG offered a 150,000 baht discount, while GWM offered a 160,000 baht discount.

“Both brands have received a good response from buyers as they have signed agreements with the government to join its electric vehicle incentive scheme.”