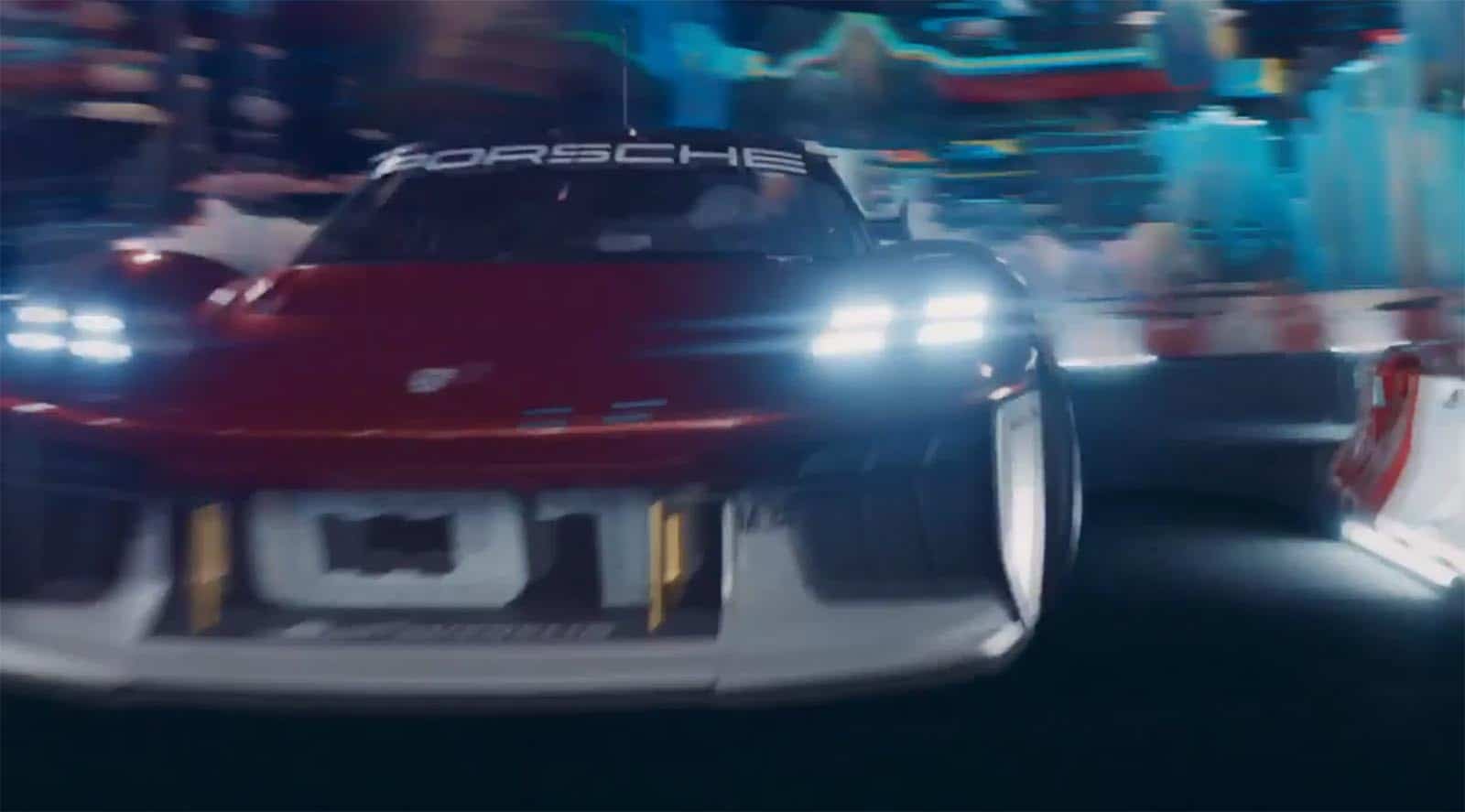 Porsche promised a surprise debut for the Munich motor show and it delivered in electrifying form, with the German sports car company unveiling the Mission R concept – a show car that will influence both its future racers and its production vehicles.

The prototype is capable of producing “over 1,000 horsepower” in qualifying mode and driving at speeds of up to 300 km/h, or 186 mph, for up to 30 minutes on a charge. The all-electric racer is intended to provide not only a glimpse of the direction of the company’s motorsport program, but also a preview of what future production Porsches will look like, company officials said during of an event in Munich.

“Motorsport is becoming more electric and more sustainable and we want to be part of it,” Porsche CEO Oliver Blume said at a press conference that was also webcast to fans around the world. Motorsport was a benchmark for Porsche, he pointed out, “as well as being a ‘proving ground’ for the technology the automaker would later bring to its retail products.

Porsche has long been a force to be reckoned with in racing. And he started getting his wheels wet in electric motorsport as part of the Formula E series. But the unveiling of the Mission R concept was clearly designed to signal that an even larger effort is in development.

The presence of driver/actor Patrick Dempsey and two-time Le Mans winner and Porsche test driver Timo Bernhard at the event underscored that the Mission R is more than just a show car. Some believe it could provide a green alternative to the old 911 GT3 Cup racing series – although Porsche officials did not outline any specific plans at their Monday event.

“It was very important that it looked like a Porsche,” said the automaker’s design chief Michael Mauer, “so we worked very closely with our colleagues in the motorsports department.”

Durable materials, inside and out

One of the most distinctive features is a virtually all-glass roof. The body and foundation use carbon fiber composites, however, Porsche has also opted for natural and renewable fibers where possible, including flax fiber reinforced plastic.

Inside, it’s a decidedly driver-focused layout and one of the most innovative features is the use of a video screen layout mounted directly in the center of the steering wheel. There is also a helmet dryer for after a tough race.

The assembly is propelled by two electric motors. That of the front axle can develop up to 435 hp, that of the rear a maximum of 653 hp. With a combined 1,088 horsepower, that’s about double what a 911 GT3 Cup car produces. It’s also a qualifying number, Blume said. Otherwise, it will be limited to around 680 cumulative hp.

Fast on the trail, fast to load

Both motors are powered by an 80 kilowatt-hour lithium-ion battery. The Porsche Taycan was the first production vehicle to switch to an 800-volt electric architecture, twice what most battery-electric cars run. The Mission R boosts that up to 900 volts, making it easier to send power to the motors.

It also shortens charging times. Using a 340 kilowatt fast charger, the Mission R can go from a 5% to 80% state of charge in just 15 minutes, Porsche claims.

“Electric car racing is a whole new world,” said Le Mans winner Bernhard, and one that some drivers and motorsport fans will take time to adjust to. But the experience is rich in “emotions” thanks to the instant torque that electric motorsport can provide.

Porsche plans to invest around $18 billion in electrification over the next five years, with Blume noting that the company aims to be carbon neutral by 2030 and already uses solar power to produce the batteries of his Taycan model. Porsche has confirmed its plans for salways more BEVstarting with an all-electric version of the Macan SUV.

As for the Mission R, Porsche officials bypassed specific production plans but went all out, but confirmed that a version would hit the track in the near future.

And, as is standard for the German manufacturer, it won’t stop there.

“Stay tuned,” said design chief Mauer, “and you’ll see how some of the design elements will look in a production car.”