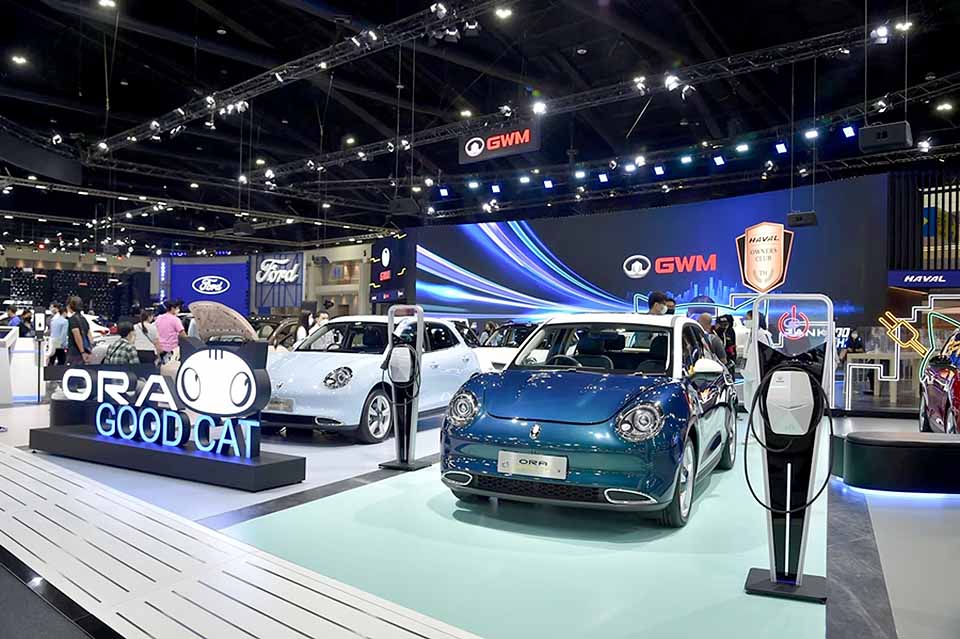 Organizers of the 43rd Bangkok International Motor Show said the event had registered a total of 33,936 orders by the time it concluded on Sunday (April 3).

He said the numbers translate to better performance for participating automakers.

Citing data from the event, Jaturon said nearly 32,000 of the vehicles sold were cars while the remaining 2,000 were motorcycles.

Furthermore, he pointed out that around 1,500 – or 10% – of the cars purchased were electric vehicles (EVs), which he said was a good figure.
The head of the GPI acknowledged that the economic difficulties resulting from the global pandemic and the ongoing war in Ukraine had significantly reduced public purchasing power.

Still, he said it was a positive sign to see so many automakers now making electric vehicles, with more than 20 different electric models on display at this year’s event. Jaturon also attributed the increased interest to the government’s policy of promoting electric vehicles through various incentives.(NNT)