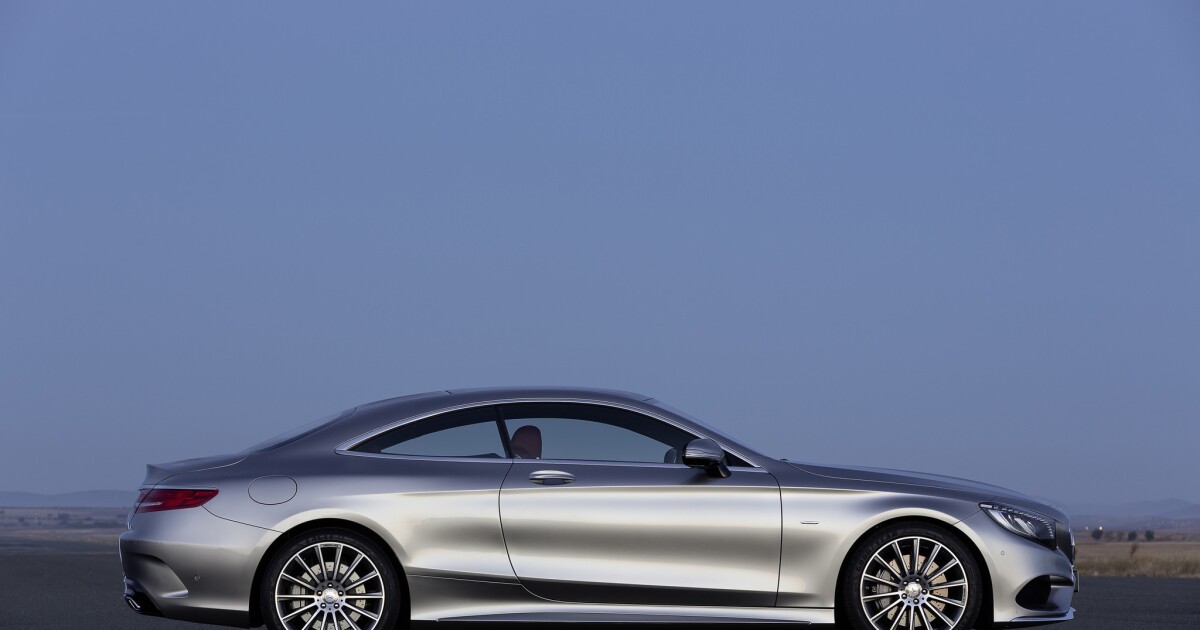 Mercedes will debut the next generation of its $100,000 two-door land yacht at the 2014 Geneva Motor Show in March. Don’t call it a CL.

Although Mercedes’ full-size coupe has always technically been an S-Class with two doors cut in half, the automaker has called it the CL for the past 14 years. But there’s a bit of family reorganization going on in Stuttgart and the CL name is being sent to pasture.

Mercedes announced on Tuesday that the all-new 2015 S550 Coupe will debut at the Geneva Motor Show in March. The car will sit atop the tri-star marque’s portfolio as it always has, positioned as a slightly more exclusive and luxurious version of the S-Class sedan it’s based on.

Following in the sedan’s footsteps, the S63 AMG, S65 AMG and S600 versions of the coupe will debut over the next 12 months. But don’t expect Mercedes to stop there: it has big plans to expand the S-Class range further.

The Maybach Mercedes nameplate resurrected decades ago to compete with Bentley and Rolls Royce will likely be moved under the S-Class umbrella as an ultra-exclusive derivative. And a convertible version of the S-Class coupe – four-seater, full-size – is also a possibility.

In the meantime, we’ll have to make do with this new S550 coupe. Powered by a 4.7-liter twin-turbo V8, this car will have 449 horsepower and 516 lb-ft of torque. Power goes through a seven-speed automatic transmission to all four wheels via Mercedes’ 4MATIC all-wheel-drive system.

The styling of the coupe differs more from the S-Class sedan than previous Mercedes coupes have dared. There is a distinctive nose to this model which is similar to those of lesser quality Mercedes including the entry level CLA sedan. Yet out back, the horizontal taillights are unlike anything else in the tri-star range.

This coupe seats four adults and is about eight inches shorter than the S-Class sedan. As with other Mercedes coupes, the doors are frameless and there is no B-pillar. This means that when all four windows are lowered, there is an uninterrupted opening for all passengers.

Occupants will be kept in the level of comfort you’d expect for shelling out six figures for a coupe. A “curve tilt” feature built into the suspension system reads the road ahead. When it detects curves using the stereo camera, it tilts the vehicle into the curve accordingly, to reduce the forces on people inside.

Other features include a high-resolution color head-up display, one of two surround-sound Burmester stereo systems, two 12.3-inch digital display screens on the dashboard, full LED interior lighting and outside, a panoramic roof and individual rear seats.

The S-Class coupe will also include Mercedes’ new touchpad controller also announced on the upcoming C-Class compact sedan. This feature, mounted on the center console in front of the armrest, allows users to operate the infotainment system with finger gestures similar to a smartphone or touchscreen tablet.

This setup is meant to facilitate many functions, including calling your accountant to explain where that $117,000 went. This is the starting price of the current Mercedes CL550 that this coupe will replace. Mercedes would not confirm the exact price of this new model yet, but it will not be too far from the CL. The S550 coupe will go on sale in the United States in the fall.