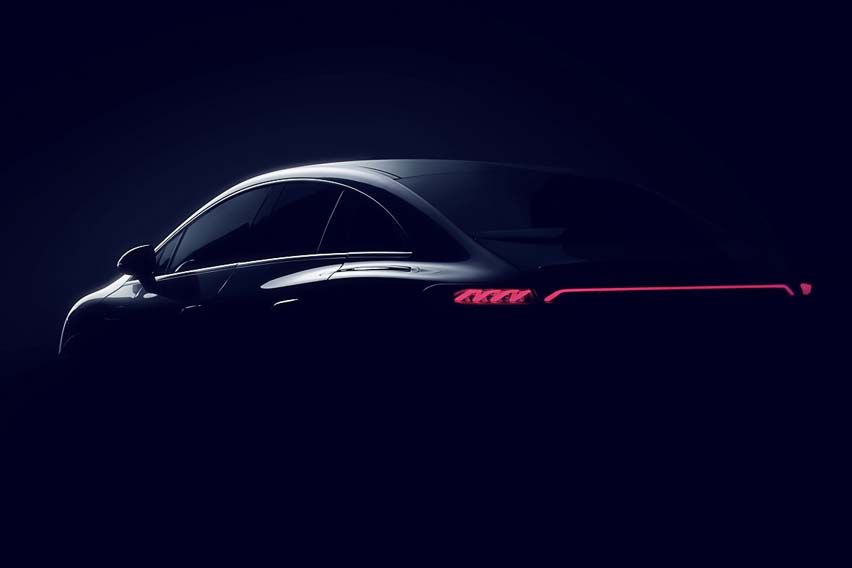 KUALA LUMPUR: Mercedes-Benz will showcase its all-electric future to the world with multiple electric vehicles at the upcoming IAA Munich Motor Show 2021 from September 7-12. One of them is the long-awaited EQE, an electric equivalent of the beloved E-Class sedan, which sits below the EQS in the company’s electric vehicle lineup. According to the automaker, the upcoming EQE will set new benchmarks in its class as it “combines dynamic performance and handling with relaxed rides”.

The company recently rolled out some teaser images of the upcoming model which shows several design similarities to the EQS (pictured below). One of the two images reveals the sedan’s exterior silhouette, as well as the large taillight cluster, which bears a striking resemblance to the electric version. S-Class. However, his body creases look sharper, which means we can expect a sporty stance.

Another teaser reveals the Mercedes-Benz EQE interior design with an MBUX Hyperscreen dashboard setup. It’s a combination of three digital displays – a 12.3-inch digital instrument display, a 17.7-inch infotainment unit and a 12.3-inch front passenger display. The three screens cover a whopping 55.5 inches. We can also see the turbine-shaped AC vents and a neatly placed ambient light in the teaser.

Although EQE tech specs have yet to be announced, we know they will underpin the brand’s new EVA architecture which supports powertrains up to 680PS of peak power and WLTP claimed range. over 700 km. Other possibilities include AWD configuration and fast charging potential.

Alongside the EQE, Mercedes will also present AMG’s first electric performance car at the Munich show, which is said to be the high-performance EQS, with a rumored power output of 680 PS.

Other attractions at the show will be Mercedes-Benz’ first-ever performance hybrid, the Maybach EQS concept SUV, the EQB and the rugged off-road E-Class.