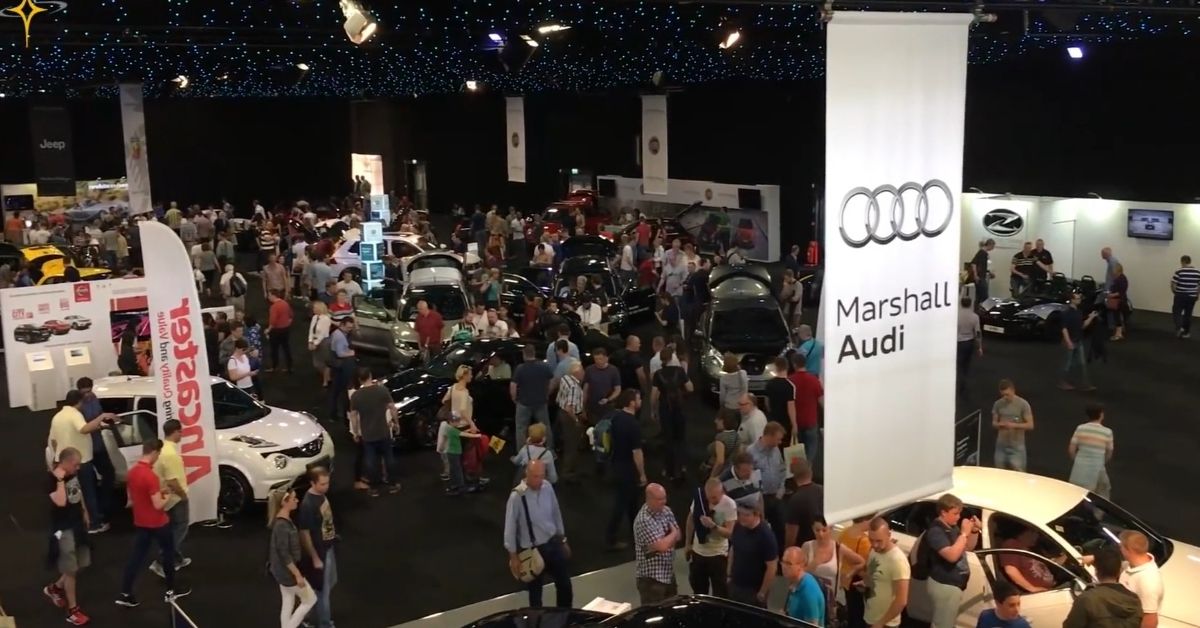 The London Motor Show celebrates the latest advances in the automotive industry and brings automotive fans up close to some of the world’s most exciting vehicles. For the first time in eight years, this event returned to London’s Battersea Park in May 2016. It was a huge success, with a number of new models making their public debut.

The London Motor Show is the largest new car exhibition in the UK. This is an opportunity for car manufacturers and other industry suppliers to showcase their latest innovations and preview future developments.

Anyone can buy a ticket and watch the show, which features the most powerful and exhilarating supercars from brands such as Aston Martin, Rolls-Royce and Jaguar. The London Motor Show is a true celebration of British manufacturing excellence, with cutting-edge technology and superb design at every step.

RELATED: The Intriguing Rise and Fall of the Legendary Frankfurt Motor Show

A Brief History About The London Motor Show

In October 1993 the name of the event was changed from London Motorfair to The London Motor Show, through the cooperation of the Society of Motor Manufacturers and Traders and P&O Events.

After an eight-year hiatus, this event returned in 2016. Previously, from 1903 to 2008, the capital hosted the British Motor Show. This hugely popular event showcased new models alongside a parade of traditional vintage cars, firmly establishing the UK at the forefront of automotive design.

The 2016 event marked the return of motor show history to the UK, with London joining major world cities such as New York, Paris and Tokyo in hosting major car exhibitions.

Battersea Park has resurrected the London Motor Show, with Prince Michael of Kent as its patron. Battersea Park also staged the 2017 event, before moving to ExCeL London in May 2018 and continuing in 2019.

In 1987 Lotus introduced the Lotus Espirit into the motoring event. British designer Peter Stevens gave the Esprit a facelift. Stevens, who would later design the McLaren F1, created a more rounded and less angular Esprit. The updated Esprit did not receive a new “serial” number, but is generally referred to by its project code, X180.

Caterham introduced the original Caterham 21 at the 1994 British Motor Show to commemorate Caterham Cars’ production of the Lotus Seven for 21 years. The aim of the car, designed by Iain Robertson and built by a team led by Jez Coates, was to provide “a chance to experience Caterham motoring in a more practical configuration”.

The $230,000 Bentley Bentayga, one of the most luxurious vehicles, was on display at the 2017 London Motor Show. It goes from 0 to 62 mph in around four seconds.

The Citroen C3 Aircross. The unique design and bright colors of this small SUV attracted a lot of attention at the 2018 Geneva Motor Show. It was undoubtedly in competition with the Seat Arona (also at the motor show).

At the 2019 London Motor Show, the all-new MG ZS EV was shown for the first time, and it was one of the most anticipated new cars at the show. MG’s first foray into electric vehicles was the ZS EV.

RELATED: A Brief History of the Geneva Motor Show

The 2016 London Motor Show was the best ever, putting the show on par with other major motor shows

The 2016 London Motor Show took place in lovely Battersea Park, West London, on May 6-8. With 40 automakers showing 130 cars, it was an exciting occasion.

The first look at MG’s new SUV, the GS, was one of the most talked about debuts at the show. This new SUV went on sale in the UK in June, with sleek and distinctive styling that set it apart as a member of the MG family. McLaren also unveiled the 570GT, an exquisite car that combines exhilarating performance with everyday functionality.

McLaren and MG are just two of the well-known British car manufacturers that have taken center stage. As well as supercars, there was a wide choice of automobiles available to the regular British consumer, such as the forthcoming Infiniti Q60. Potential consumers could test a variety of cars.

A showcase of state-of-the-art cars hinted at the exciting future of transportation. The Riversimple Rasa is a two-seater hydrogen fuel cell vehicle. This revolutionary model was created and produced in Wales and uses technology used by only a few other models in the world.

There were daily seminars by top industry experts such as Nigel Mansell and Sir Stirling Moss for guests who wanted to learn as well as watch new automobiles.