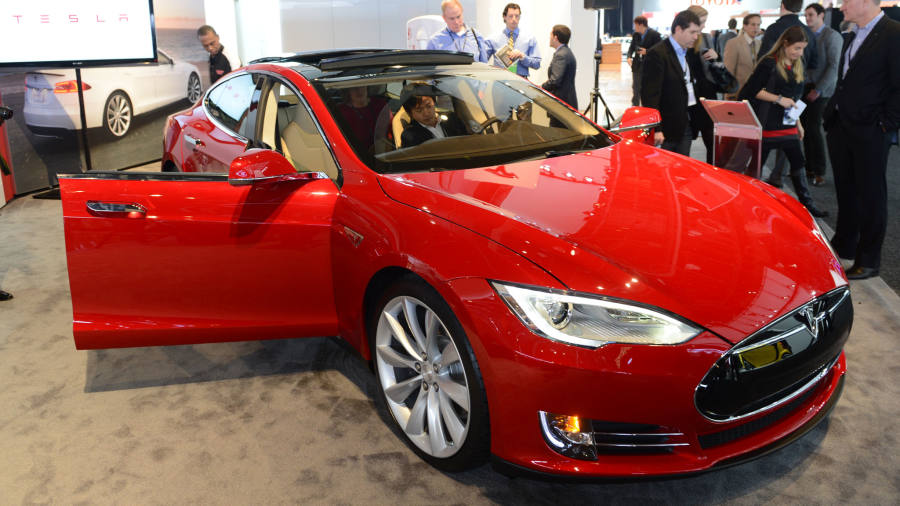 The first delivery of a car by Tesla Motors to a Chinese customer on Tuesday will come a week from now when electric vehicles take center stage at the Beijing International Auto Expo, the biggest auto show in the world’s biggest car market. world.

But the attention paid to the sector at the Beijing show belies a market in which less than 7,000 units were sold in the first quarter of the year, including around 4,100 electric vehicles and 2,750 hybrids. This compares to sales in Norway of around 1,200 electric vehicles per month, thanks to tax breaks and an extensive network of free charging stations.

In China, the government has also made a concerted effort to promote electric cars. However, the lack of supporting infrastructure continues to confuse Beijing’s ambitions for the sector.

Tesla only recently established its presence in China and is not participating in the Beijing auto show, which opened on Sunday. Nonetheless, Chief Executive Elon Musk will be in town to hand over the keys to the first local buyer of his company’s premium electric cars.

“A Tesla is, in a sense, not an electric vehicle. It’s an expensive gadget that just happens to be an electric vehicle,” says John Jullens, a Shanghai-based Booz & Company partner. “Some people in China will buy it. But that’s very different from the widespread adoption of electric vehicles in the mass market.

Since 2009, Beijing and local governments have been trying to boost sales by providing subsidies for “pure” electric cars as well as plug-in hybrids with an electric range of more than 50 km. But vehicles must be developed locally to qualify for a subsidy and customers remain wary, given the lack of viable charging infrastructure.

In March, Chinese utility State Grid Corp said it would welcome private investment in fast charging stations for electric vehicles. Its earlier insistence on trickle-charging systems would have required electric car owners to swap their depleted batteries for charged ones — a strategy complicated by the different battery types and manufacturers’ determination to protect proprietary technologies.

“Most customers now have to charge at home overnight,” Ulrich Hackenberg, Audi’s chief technical development officer, told reporters in Beijing over the weekend. “There are not so many [public] charging stations and they need to be charged quickly – within half an hour or an hour.

Earlier this month, the Beijing municipal government announced that 12 real estate developers and automakers had signed cooperation agreements for the installation of charging stations in residential compounds and shopping malls.

“Charging infrastructure is the critical factor for the promotion of electric vehicles,” said Dong Yang, secretary general of the China Association of Automobile Manufacturers. “But the development of the industry requires a lot of coordination. Our attitude should not be that whoever moves first is an eco-friendly revolutionary and whoever moves next are counter-revolutionaries who don’t care that everyone else dies.

Among the many companies promoting electric or hybrid vehicles at the Beijing auto show this week are BMW, Daimler, Nissan and Volvo Cars.

Daimler will showcase a car developed in cooperation with BYD, the struggling Chinese automaker that has Warren Buffett as an investor.

BYD hasn’t been one of the Sage of Omaha’s best investment decisions to date. While waiting for the electric vehicle market to take off, BYD’s traditional car sales fell 30% in the first quarter of 2014, year-on-year, to just 100,300 units. “Buying an electric vehicle on the mass market is a very difficult proposition because it’s just too expensive,” Jullens says. “The grants you can get in China are not enough.”

The partnership with BYD enables Daimler customers to benefit from government subsidies.

Hubertus Troska, a member of Daimler’s board of directors and head of the group’s China division, admits that the road ahead is largely arduous.

“The electric vehicle is a very tough business case,” he says. “Chinese customers are very competitive but we are determined and have invested the money.”