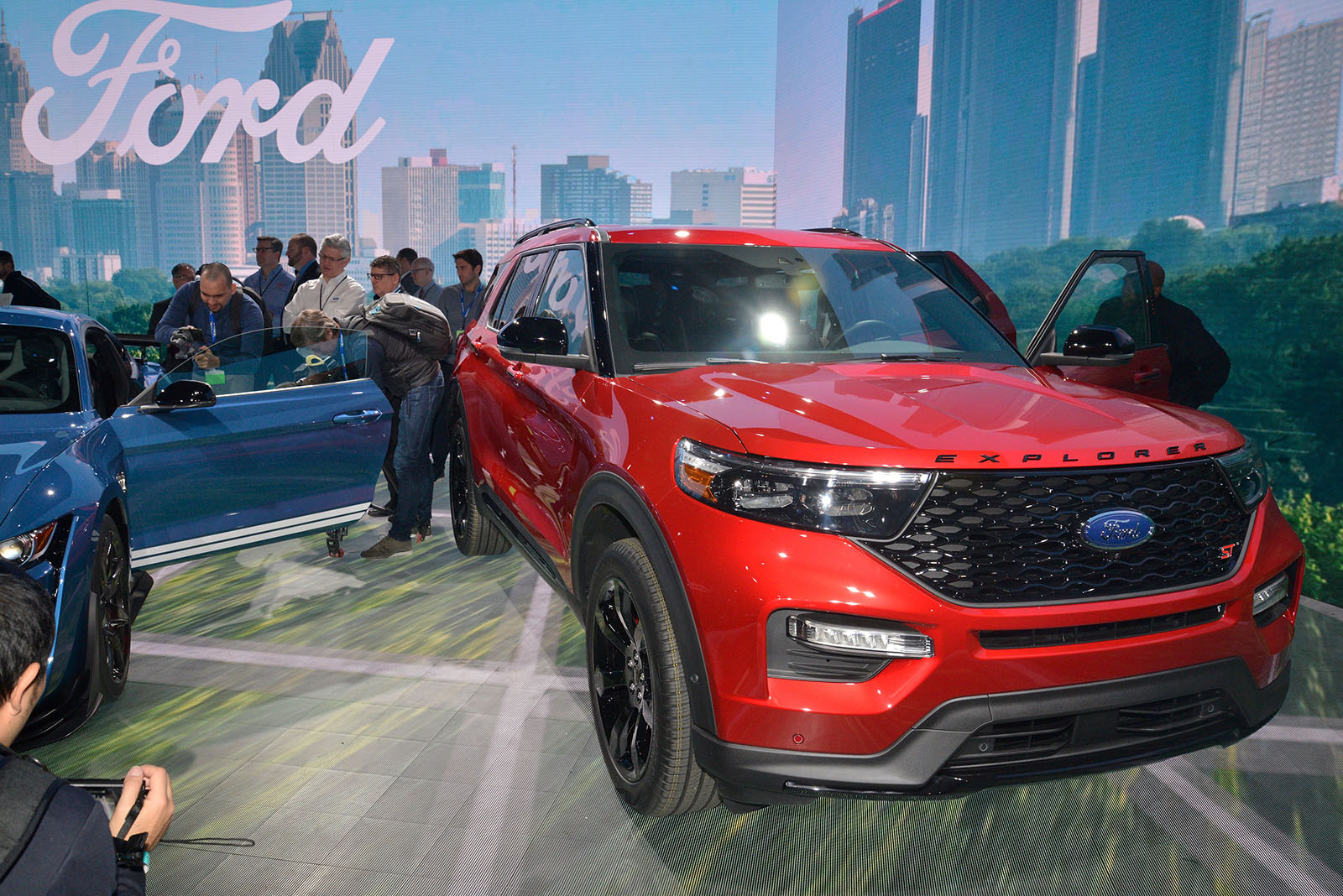 Ford’s presser began with a welcome from Kumar Galhotra, the company’s North American president. He recounted how his father came from India and got a job as an electrician at the company’s Rouge plant, which gave him the stability to bring his entire family over.

With the state of the US auto industry being a major talking point, Ford Chairman Bill Ford asserted that “no company is better positioned than Ford to lead the industry into the future.” In perhaps a subtle dig at various rivals, he added: “we’re not built on bailouts or hype, we’re proud of Ford and built forever.”

Ford, meanwhile, will refresh or renew 75% of its US lineup by the end of 2020, starting with the recently unveiled new Explorer. Key upcoming launches include the new Escape SUV, the return of the Bronco and the Mustang-inspired electric vehicle.

Beware of Criminals: Along with the latest Explorer, Ford is showcasing the latest version of its Ford Police Interceptor Utility in Detroit. The latest version of the Explorer-based SUV comes with a 3.7-litre petrol-electric hybrid powertrain, which Ford says could save ‘police agencies and taxpayers’ up to £4,400 per vehicle in costs fuel each year.