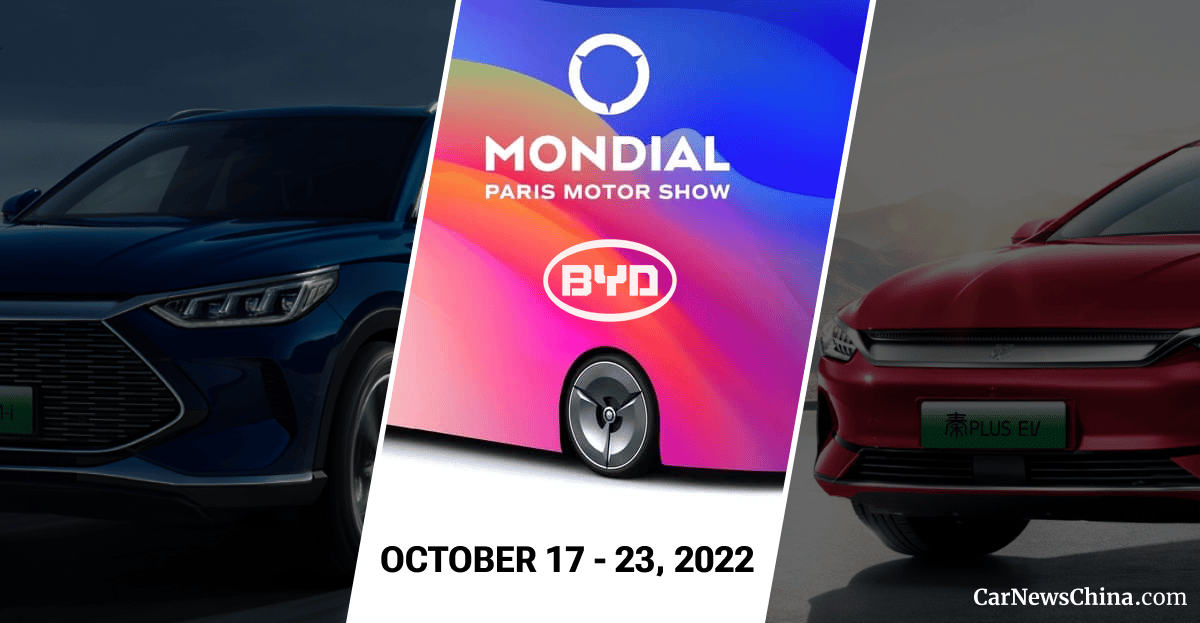 Chinese electric vehicle manufacturer BYD has announced its participation in the 2022 Paris Motor Show scheduled for October. The automaker also revealed that some of its new models which will debut in Europe in the fourth quarter of this year will be launched at the event. These models include Song Plus, Yuan Plus, Dolphin and Seal. These cars are already exported outside China to the Australian market where they are sold under the names Atto 3 (Yuan Plus), Atto 2 (Dolphin) and Atto4 (Seal).

The Paris Motor Show is one of the five largest motor shows in the world and attracts top car manufacturers and journalists from around the world. However, the biennial show has been on hiatus for four years in part due to the impact of the Covid-19 pandemic. Scheduled for October 17-23, the Paris Motor Show will run simultaneously with another motor show, Equip Auto. BYD is no stranger to international auto shows, having participated in the Geneva International Auto Show in 2008.

Between January and June 2022, the Chinese automaker moved more than 640,000 new-energy passenger vehicles, 165% more than the previous year. Overall, the company has 2.1 million customers. In June alone, the automaker sold 134,036 NEVs in China, and it was the fourth month in a row that its sales topped the 100,000 mark.

With that, BYD overtook Tesla to become the biggest seller of NEVs. BYD isn’t just focused on building cars, as it has made breakthroughs in battery technology. With 27 years of experience, the company has innovated in technologies such as DM-i hybrid, e-platform 3.0 and blade batteries.

Moreover, the manufacturer has been making inroads in European countries for more than two decades. Currently, its purely electric buses are present in more than 20 European countries. On the other hand, the Tang EV has been met with rave reviews since its launch in Norway last year, selling up to 1,000 units in the country. The company has also concluded plans to enter the Netherlands and is expected to enter Japan in 2023.