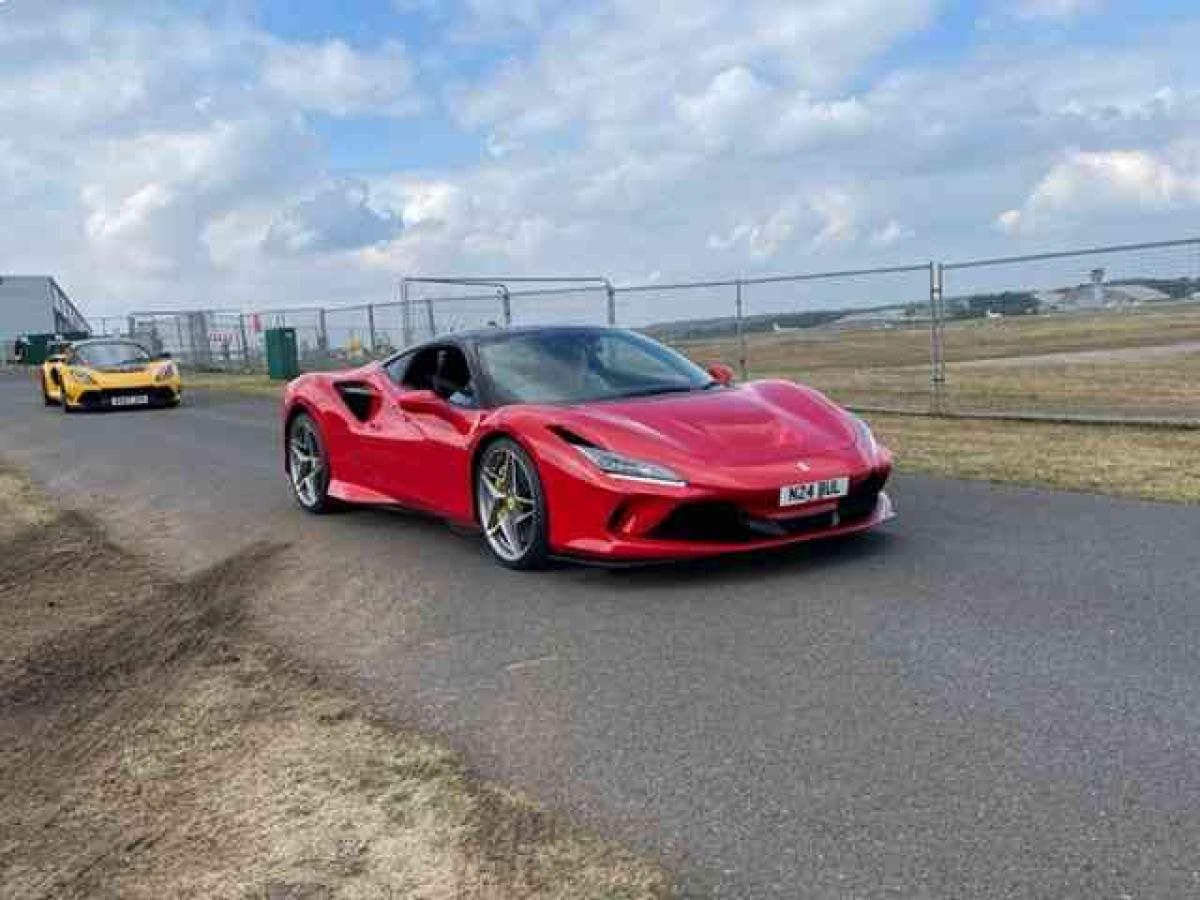 The roar of engines, the squeal of tires and the cheers of the crowd filled Farnborough International this weekend.

Crowds flocked to this year’s British Motor Show in the thousands and they weren’t disappointed with a host of activities to enjoy, plus celebrities, stunt shows and plenty of new and vintage cars to check out.

Around 60,000 people attended the four-day event at Farnborough International and there was fun and games as Guinness World Records plummeted.

Stuntman Paul Swift broke a record on two consecutive days for the most donut spins around a motorcycle that was doing a wheelie at the same time and he also broke the world record for the tightest parallel parking…at large speed… in an electric car.

Everywhere you looked there was something for families to enjoy army parachute displays, drifting, car clubs, a supercar paddock with Ferraris, McLarens and Lamborghinis galore, an arena electric packed with all the latest tech, driving lessons for kids and new models revealed too.

The SsangYong Motors booth was busy throughout the event with the latest Rexton Ultimate Plus variant and the rugged Musso attracting a lot of attention. The new Rexton model will go on sale on September 1 with its perfect blend of luxury, in-car technology, functionality, style and a competitive price point at £44,995.

Commenting on the new variant of the Rexton, Kevin Griffin, Managing Director of SsangYong Motors UK, said: “In the UK, the SsangYong Rexton has set new standards and challenged its SUV competitors over recent years with its value proposition. -price. This new Ultimate Plus adds another level of trim with even more luxury and specification, while maintaining the excellent value for money.

The all-new Subaru Solterra, an all-electric SUV that starts from just under £50,000 and oozes class and charm, is another debut model that’s been a real crowd pleaser. Mazda showed off its new CX-60, the Japanese company’s first plug-in hybrid model, while Vauxhall showed off the all-new Astra.

There were informative Q&A sessions where visitors could ask experts about all aspects of automotive and the Tech Theater offered advice on the future of the automotive industry with easy-to-understand details about the future fuels.

Showcasing everything from the latest high-tech electric cars to a glorious display of classics celebrating our unique motoring heritage, the British Motor Show has developed its unique concept of being the most interactive motor show in the world, with a venue 30% larger and more than twice as many exhibitors as in 2021.

British Motor Show CEO Andy Entwistle said: “We were absolutely delighted to see almost 60,000 people come through the doors this weekend – a significant increase on the 47,000 who came in 2021. See as many of families enjoying an affordable day out was a fabulous feeling, and our exhibitors, celebrities and our show partner, all had an amazing time, with an even better event than last year.

“We received a lot of positive feedback from visitors to the show and we look forward to breaking even more records next year. One thing that really stood out to visitors and exhibitors this year is that many of them were overwhelmed by the diversity of the event, and Families, in particular, were extremely visible, enjoying a truly exciting and great day.

“From the start, one of our main goals was to re-engage the younger generation in the love of cars and the automotive industry. To see so many beaming young faces as we put on more than just a car show Motoring was my personal highlight of an amazing few days, and we can’t wait to do it all again next year.

Regit met a few families at the show and they were delighted with the range of activities on offer.

The Grays traveled from Birmingham with their sons Mark, nine, and Paul, seven, and loved every minute. Dad, Simon Gray said: ‘It was a brilliant day. There was so much for the kids to watch and such a variety of events happening all the time. We will definitely be buying tickets for next year.

And their views were echoed by the Cardy family of Brighton. They traveled with their daughter, Emily, 13, and said they enjoyed the event immensely. Mum, Sarah, said: ‘It was a perfect family day. I’ve been to more traditional car shows in the past, but this one has so much more to offer. We loved supercars – they’re a bit beyond our budget, but we can all dream.

But one special young star really stole the show when it emerged he had traveled all the way from the United States to attend the show.

Brandon Westerfield, 12, flew in from Leonardo, New Jersey, especially to attend the event – a birthday present from his mother.

And the organizers have certainly given him the VIP treatment. As well as a Caterham drift taxi ride (Brandon’s advice: “Don’t open your mouth unless you like to eat rubber”), he was treated to two Sporting Bears rides in an MG Midget and a TVR Chimeara.

His favorite car from the show? Despite all the supercars and new metal on offer, Brandon chose a Citroën BX station wagon on display in the classic car arena.

“I’ve never seen one before,” he said. “This show is much better than the New York Auto Show.”

The 2023 British Motor Show takes place at Farnborough International from August 17-20. Tickets are available at www.thebritishmotorshow.live