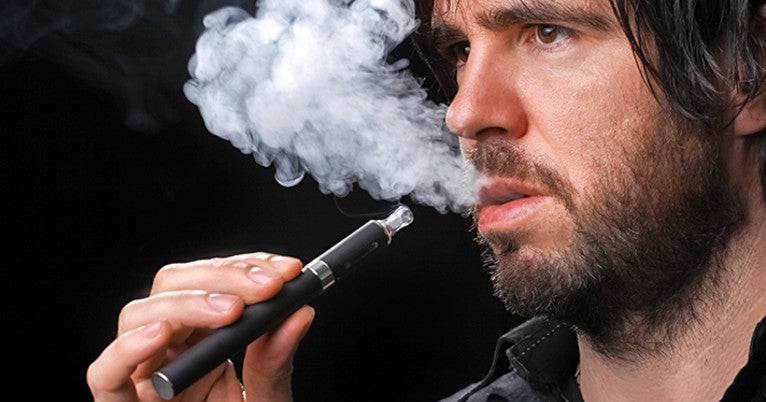 Some commercially available e-cigarettes contain enough alcohol to impact motor skills, according to a new study from Yale University School of Medicine.

Electronic cigarettes deliver nicotine by vaporizing liquids, which often contain alcohol and other chemicals in addition to nicotine. In the new study, published in the journal Drug and Alcohol Dependence, researchers tested subjects who used two commercially available e-cigarettes with liquids containing high (23.5%) or low (0.4%) amounts of alcohol.

Although neither group reported feeling differently after inhaling vapour, the group that used e-cigarettes with high alcohol content performed worse on psychomotor tests and, in some cases, also had detectable levels of alcohol in urine.

About 75% of commercial e-cigarette liquids tested in the study contained less than 1% alcohol. However, the authors note that some e-cig users create their own liquids with a higher alcohol content and that almost nothing is known about the prevalence and usage patterns of e-liquids containing alcohol. .

The researchers also said that it is possible that the presence of alcohol enhances the addictive properties of nicotine and alcohol when inhaled.

“Given the widespread and unregulated use of e-cigarettes, particularly by young people and other vulnerable populations, further studies are needed to assess both acute safety and long-term health risks. use of e-cigarettes containing alcohol,” said Mehmet Sofuoglu, of the Yale Department of Psychiatry and VA Connecticut Health System, who is the paper’s lead author.

Gerald Valentine of Yale is the first author of the article. Other Yale authors include Peter Jatlow, Marcedes Coffman, Haleh Nadim, and Ralitza Gueorguieva