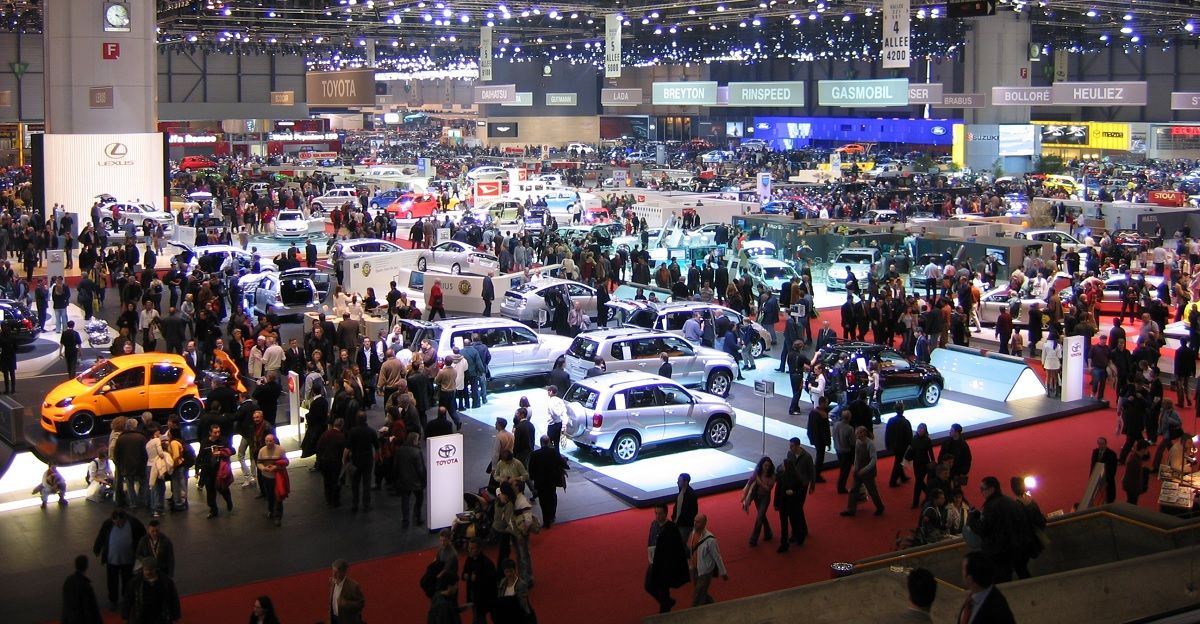 Auto shows are one of the oldest forms of promotional campaigns that we know of. Since the beginning of the 20th century, motor shows have been the ideal opportunity for car manufacturers to present their achievements. Well, and brag about them in public too.

The great Geneva Motor Show is one of those auto shows that started in 1905 and is still held today under the patronage of the International Organization of Automobile Manufacturers in the Swiss city of Geneva. For over 100 years, this show brought together some of the best (and exotic) automotive creations every year. In fact, the biggest names in the industry often wait for this show to showcase and tease new designs.

RELATED: 20 of the Sickest Cars at the 2018 Geneva Motor Show

The early years of the Geneva Motor Show

The first Geneva Motor Show was held from April 19 to May 7, 1905. Its main objective was to introduce the public to automobile production, by presenting Clément-Bayard vehicles to a company unaccustomed to the automotive world. . It was an immediate success. More than 17,000 visitors came to explore the 37 stands and learn more about the vehicles available.

Charles Louis Empeyota, president of the Swiss Automotive Club (ACS), chaired the organization in 1905. Due to the great success, the Geneva Motor Show was held again around the same time in 1906. However, the anti-car propaganda increased over the next year due to the increase in power and speed of vehicles. The show was to be staged in Zurich in 1907.

Naturally, the uncertain times of political change and World War I made the Geneva Motor Show impossible to organize. Therefore, the fourth round of the GMS was in 1923, again in Geneva.

The following one was more successful, however. Due to the high number of registrations, the show went international for the first time in 1924, bringing together 200 exhibitors and welcoming 68,000 visitors. Car sales subsequently skyrocketed, prompting organizers to expand the show even further.

In 1926, GMS welcomed 224 exhibitors with 83 cars and even 25 motorcycles. The pits were bigger, the cars brighter, and each exhibitor wanted to outperform the competition. It seemed that the Geneva Motor Show was only getting bigger in the future.

These are the golden years of the Geneva Motor Show. The organization even gained a worldwide reputation, thanks to some of the biggest exhibitions of this period. Visitors saw Mercedes SSK in 1929, Chrysler Airflow in 1934, Citroën Traction Avant in 1935 and many other extraordinary models.

Following the global crisis due to World War II, the Geneva Motor Show was closed until 1947. The grand reopening welcomed 305 exhibitors eager to get back on track. Since then, the show has continued to grow, welcoming more and more exhibitors and visitors.

Between 1981 and 1982, the GMS inaugurated and inaugurated the new Palais des Expositions et des Congrès (Palexpo) to welcome the record number of 745,919 visitors. It was a great success, but since then the GMS has grown even further. On the 75th anniversary held in 2005, there were a wonderful 747,700 entries.

Although the 2008 global economic crisis slowed down car sales for a short time, the Geneva Motor Show continued to take place. All the big names in the auto industry wanted to be there and show off their creations, especially the more exotic ones like Rolls-Royce, Lamborghini, Ferrari, and others.

The great popularity of the Geneva Motor Show remains relevant today. The organization is still an important part of the automotive industry, hosting exhibitors and vehicles from all over the world. Automobile enthusiasts always look to the Swiss show to discover modern creations because an extraordinary experience is guaranteed.

Over the years, the Geneva Motor Show has developed a recognizable brand image, with inspiring and creative advertising posters, meetings, forums, conferences, etc. Nowadays, people don’t just go to GMS to see new vehicles, but also to communicate and network.

Now, just like the rest of the world, tough years may come for MSG due to the COVID-19 pandemic. The 90th show scheduled for 2020 has been canceled due to the ban on any event with more than 1,000 visitors. The same thing happened in 2021, although many hoped things would turn out differently.

However, we still have high hopes for 2022. GMS’s official website presents an inspiring message, leading us to believe that the next show will be truly different. Who knows? We would certainly like to see a grand reopening after the two years of silence.

Here’s how much a 2013 Land Rover Defender costs today

If you want a slice of British history that you can drive on a daily basis, here’s how much a 2013 Land Rover Defender will cost you.

Suzana Mijatović is a literary critic secretly in love with everything automotive. You’ll find her either reading Dostoyevsky or under the hood changing the transmission fluid and oil filters. She has a long history of writing about auto parts and automotive products, from brakes to seat cushions. Suzana is also a poet and amateur photographer.