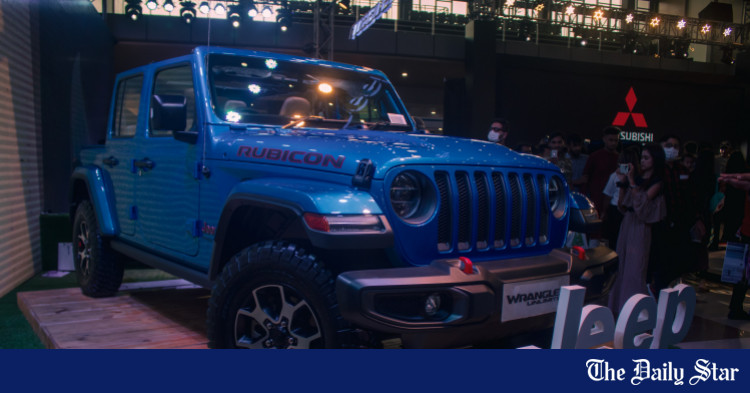 Every year, the Dhaka Motor Show is organized by CEMS Global for three days and brings together automotive enthusiasts, bicycle enthusiasts, consumers, and trade and industry professionals from across the country. This year’s show at the International Convention City Bashundhara (ICCB) was the biggest compared to its predecessors as they booked the entire ICCB as it finally took place two years after the release of a ongoing pandemic.

The 15th Dhaka Motor Show, 6th Dhaka Bicycle Show, 5th Dhaka Auto Parts Show and 4th Dhaka Commercial Auto Show started on June 23, 2022 after a two-year break. Various brands and more than 200 companies from 15 countries including Germany, Italy, France, the United States, Japan, India and Malaysia participated in the exhibition this year with around 500 booths spread on the whole site.

For all the latest news, follow the Daily Star’s Google News channel.

Peugeot also attracted quite a few people with the new 508 and its unique style. MG showed off the all-new electric ZS EV and it was the only electric car on the site that was shown alongside HS PHEV and ZST. Haval showed off the new Behemoth in their store the POER displayed on top of the rocks accompanied by the new Jolion Turbo, H6 and H9. KIA had some interesting and modern new cars like the Sportage, Seltos and Carens. Honda had the biggest stage this time around showing off its entire lineup starting with the Accord, Civic, City, City RS, CR-V and revealing the 2023 HR-V and 2023 BR-V coming soon.

Mitsubishi took center stage with its cars starting with Outlander PHEV, Eclipse Cross, L200 and Expander. DFSK came and showed off the Glory i-Auto alongside BAIC BJ40 Plus. Proton came with new cars like the Persona, Saga, X-50 and X-70. On the side of the Trade Show, Toyota presented the new Hilux and the coaster bus.

ACI Motors came with their range of Foton vans, trucks and microbuses. The Energypac came with JAC vans and SHACMAN trucks and the Ankai bus. Tata has unveiled its new Prima truck and other vans.

This year’s bike show was the biggest and grandest yet, where motorcycles from international and local brands were showcased at the exhibition. The bike show had various stunt shows for the crowd and several competitions up its sleeves and brands like Suzuki spared no expense and did it all. The bike show had hundreds of bikes from Suzuki, KTM, Hero, Zontes, Lifan, Vespa, Runner, Bajaj, Yamaha, GPX, Taro Bangla, Honda, Aprilla, TVS and many more showcasing their bikes in the way as grand as possible.

The Autoparts show had several booths in each hall offering various items for sale and marketing to the public where companies like Pirelli Tires, HJC Helmets, Maxxis Tires, Bridgestone Tires, Lube Companies, Importers, Service Centers service, spare parts dealers, automotive component distributors and many more showcased their products. Bangladesh’s automotive community even showed up and had their own fun in the parking lot doing donuts and burnouts. The event had everything from food to live music this year.

As always, the Dhaka Motor Show promised to be the grandest event on the calendar for car enthusiasts and they delivered again, even after two years.